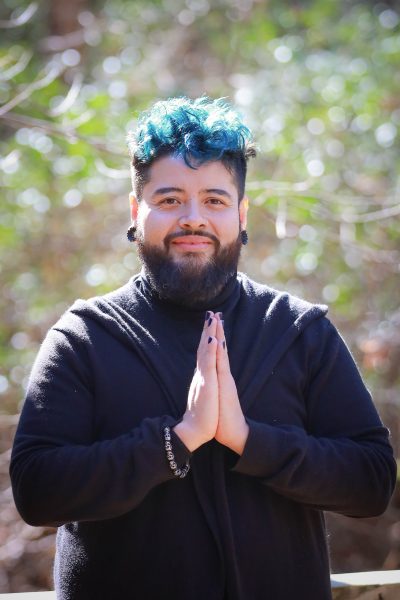 When Jairo’s yoga journey began in 2015, yoga was added to a fitness regimen for “stretching” and his first experiences with the practices were a little transient with styles offered at a local gym. In 2016, he was gifted a membership to a heated vinyasa studio located in Atlanta. The experience was unlike any other fitness style and he instantly fell in love. Within a few weeks of committed practice, he started noticing physical changes; better recovery from weight lifting and cardio, better posture, a stronger core, and overall better wellness- which helped him to stay motivated and continue practicing regularly. After a few more weeks, he started tuning into the more subtle, internal benefits of the practice; a more alert mind, a sense of inner peace… and it became a lifestyle. Due to the distance from Gwinnett to Atlanta, on a good week he could attend about 3 classes per week.

In 2017, Performance Power Yoga opened their doors and became a sanctuary for healing and growth for Jairo. In 2018, he signed up for the first 200 hour Yoga Teacher Training ever offered by PPY under the guidance of Sherry Lankford, Emily McInnis, and Lara Crosby, and he received his 200 hour yoga teacher certification at PPY with a focus on Power Vinyasa. In late 2019, Jairo began his journey as a yoga instructor- offering weekly classes at his Beloved PPY. For Jairo, helping people feel good is his Dharma (his duty) and he is able to live this through his offerings as a yoga teacher. His style of teaching offers a balance of physical, anatomy based movements as well as mindful meditative practices.

Jairo considers himself a student foremost and continues to practice diligently at home and sometimes in studio. He is currently enrolled in an ongoing yoga anatomy based course led by Libby Hinsley a Doctor of Physical Therapy and Certified Yoga Therapist. Jairo is also working towards a 300 hour yoga teacher certification with an emphasis on Yoga Philosophy, Pranayama, and Restorative styles of yoga.

Outside of being a yoga instructor, Jairo works as a full time hairdresser. This serves as a creative outlet that also allows him to live his Dharma by helping people feel amazing in their own skin. Jairo lives with his partner and two beautiful dogs in the greater Atlanta area. Outside of studying and perfecting his crafts as a hairdresser and yoga teacher, he spends his free time going to the gym, spending time outdoors, preparing meals, and enjoying time with family, friends, and his dogs.